Extreme Vegas opens to Standing Ovations at the BIG E


It was 10 months in the planning to bring a theatrical Vegas style production to the BIG E here in Springfield Ma, the last month nearly killed us as the sleepless nights making the last minute corrections to the new sets, props costumes and all new soundtrack were taking place.

The Extreme Vegas dancers located all over the USA from New York to California learned the routines by custom video and animations created by us and choreographed by Stephanie Bennett, our entire cast started arriving on the 9th of Sept and started rehearsing in a local dance studio not far from the venue.

While Daniela worked with the cast
Under the direction of Stephanie Bennett, I had 17 hr days with our crew setting up the staging, illusions and special FX planned for the new production... All managed by our hard working and dedicated production manager Alex Branco who also flew in from San Diego, Ca just for this event.

We had everything fully setup on the 15th and started combining the show rehearsals now with the fx and props.

Unfortunately our last and most important rehearsal which was a planned full costume full go non stop run was cancelled the night before opening due to high winds and 36 degree temperatures! We did not want to take any risks and had to open the show live to a packed crowd on a sunny beautiful Fri morning !

To our surprise not only did the show go nearly perfect but it received a full standing ovation from the nearly 1000 strong crowd... It has received standing ovations 6 shows in a row a total surprise and huge compliment to our entire cast!

Thank you so much to the best team any production could ask for!
Alex, Stephanie, Shauna, Marisa, Andrea, Jack, Jason, Bill and Scott thank you for your hard work and amazing professionalism!
You guys all rock!
And to my beautiful wife Daniela you are amazing! I couldn't do this without you! 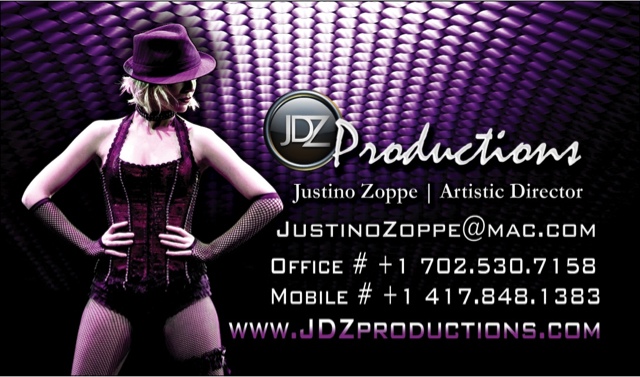 Posted by Extreme Vegas at 7:54 AM

Promote Your Page Too